When one has a hard time getting heard at work…

When one suggests new things at work and has a hard time getting heard, it’s frustrating, very frustrating. This is even more the case, when one is an Office Manager and is supposed to suggest ideas, to improve procedures, collaborator commitment, working spaces, team cohesion…What to do, when one isn’t heard and we need our hierarchy’s approval, so much as releasing a budget, to implement one’s ideas? Some of your colleagues seem to get heard even for the slightest suggestion, may it be lousy as hell. What do they have, that you don’t?

Feeling that one isn’t heard at work is not only frustrating, but it can also destroy your creativity and energy completely, not to mention the stress which is generated. Just like every problem has a solution, here are a few leads to obtain a better impact, when you suggest something and obtain complete attention from your colleagues and superiors.

When your interlocutor has a narrow-minded vision

You suggest to your boss, to remove the partitions which divide all the offices: firstly, because nobody does this since the 90’s but also because it’s almost impossible to communicate with collaborators, who end up getting depressed. However, your boss doesn’t see things the same way: “At least they are working instead of spending their time chatting! No questions about removing these partitions”.

It’s difficult to change someone’s opinion when it is so firm. In such a scenario, instead of opting for a defensive position, try to establish an atmosphere which favors mutual understanding. Show your boss that you understand his viewpoint and emotions and you appreciate him expressing these (yes, a little bootlicking never hurts at times). Before suggesting a new idea, take your boss’s viewpoint into account, and clarify some points, which he didn’t consider. Through this tactic, you’ll be able to create more understanding and your interlocutor should be more open to listening to your viewpoint, even though it’s different.

It has been 5 minutes since you’ve been suggesting a new teambuilding idea to your boss, which is extremely innovative. You give the details on the whys and wherefores, it’s perfect and at the end of the 5 minutes, your boss who has been looking at his telephone, tells you: “Sorry, I didn’t quite catch on (truth is I didn’t listen at all, but whatever). Can you please repeat?. This kind of situation is definitely very frustrating, but before slaughtering your boss, think if the latter’s mind isn’t elsewhere and there is a good reason for this. Perhaps, he is looking at a very urgent email, where the investors of your start up state that they won’t be investing anymore? In which case, there is no point in carrying one, just politely say to the person, that you’ve notice that he is more interested in something else at the moment and ask when would it be the right time to talk about this again.

When your interlocutor is not on the same wavelength

While having a conversation, one has the impression of talking to a brick wall, at times: there is no comprehension and one has the impression that there are two totally different conversations. If this situation were to occur and you’re not on the same wavelength at all, begin by being curious. Try to find points of convergence between your interlocutor’s viewpoint and yours. This way, it’ll be easier to find a common ground. You can ask questions like « where do you think our opinions aren’t the same?”. Once again, the idea is to show that you understand your interlocutor’s viewpoint, so that the latter is more inclined to listening to yours.

When it’s simply about your communication, which needs improvement

It’s also possible that the fact of not being heard at all, is simply due to your communication, which is not necessarily very clear and efficient. If this is the case, learn to question yourself and realize your areas of improvement. Initially, you need to wonder if you’re actually saying what you want to, or on the contrary you’re tiptoeing way too much, through fear of “shocking” your boss or your colleagues, through your ideas, which may be too innovative for them. Ask yourself, if you’re concise enough: don’t beat around the bush for too long, at the risk of losing your interlocutor’s attention. Gain confidence and get right to the point. The idea is to avoid carrying out a monologue and that your interlocutor’s mind doesn’t start wandering, after 30 seconds: to clearly express an idea and getting heard, you need to have a conversation with genuine exchanges.

OTHER ARTICLES TOO COOL! Nowadays, we expect Office Managers to take action in every area. It’s simple: you should know how to do everything... END_OF_DOCUMENT_TOKEN_TO_BE_REPLACED
19-11-2019 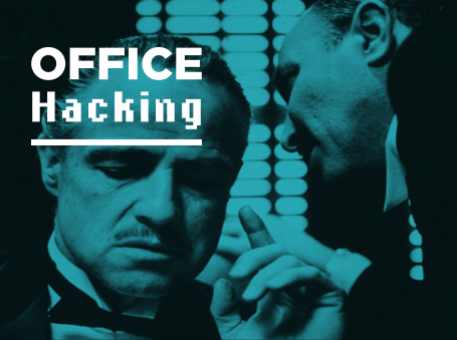 Being paid by a stubborn client (from the wallet)

We all have a funny friend, who is kind and a champion at ham chocolate grilled sandwiches and whose only weakness... END_OF_DOCUMENT_TOKEN_TO_BE_REPLACED
10-01-2020 Stylish offices for less than 20 bucks

Investing in offices which are nicer, is guaranteeing the well-being of your collaborators. Employees who feel good in... END_OF_DOCUMENT_TOKEN_TO_BE_REPLACED
19-11-2019

How to prevent free food at the office from killing you
Being paid by a stubborn client (from the wallet)
How to improve one's knowledge while working ?
Is dress code at work a dead concept ?